Le Zhi Language Centre > About Us

First established in 2007, Le Zhi Language Centre Pte Ltd is a professional educational centre officially registered with the Singapore Ministry of Education (MOE). Le Zhi specializes in teaching the Chinese language and is dedicated to not only offer high quality Chinese language education, but also promote and inspire the joy of learning Chinese in students.

Our centre have had the opportunity to recommend several students with outstanding language expression abilities to television production corporations to participate in the recording of juvenile television programs for our little local audiences.

After years of earnest hard work and word of mouth of parents, Le Zhi Language Centre is now a well known established institution in the local arena.  Though local Singaporeans make up the majority of our students, we have successfully attracted many students from China, Korea, Japan, Britain, Burma, Vietnam etc. 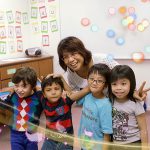 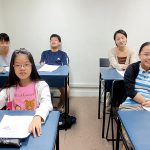